Learn about Broadcaster's Multitrack Audio feature as a way to separate your audio tracks for video post-processing.

Written by David Cuyuca
Updated over a week ago

Multitrack Audio allows you to separate your recording's audio into five discrete tracks; Mixed, Microphone, System Sound, Application, and Stream Only. This will give you the flexibility to separate or edit tracks individually during post-production as well as allow you to switch between audio tracks when using media players that support it. 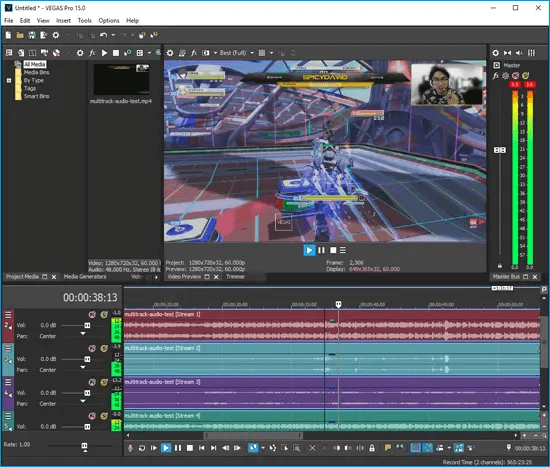 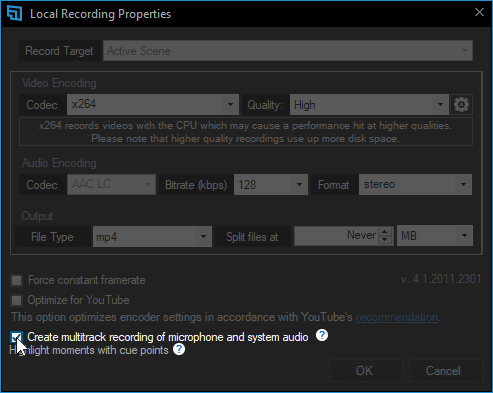 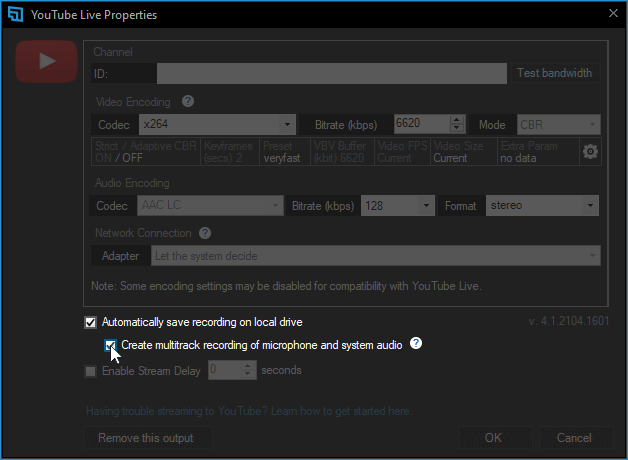 Automatically save recording on local drive has to be enabled to create stream recordings.

The combined audio track from all sound sources. This includes audio from the system sound, microphones, and even sources set to output to Stream Only.

Audio captured from the System Sound device set in your Audio settings.
The devices listed here will be from your Windows Playback Devices.

These include speakers, headphones, Line Out, etc. 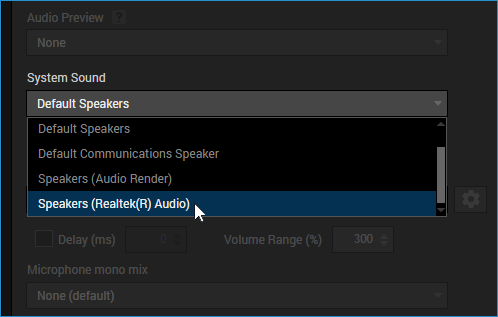 Audio captured from the Microphone device set in your Audio settings.
The devices listed here will be from your Windows Recording Devices.

These include microphones, USB mixers, Line In, etc. 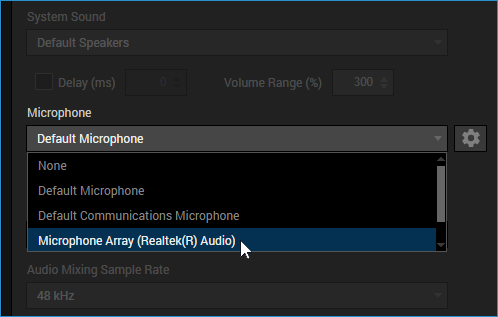 Audio from sources with their Audio Output set to Stream Only.

A source's audio output is set to System Sound by default. You can change this setting by right-clicking on your source to bring up its properties window, then clicking the Audio Output drop-down underneath Playback. 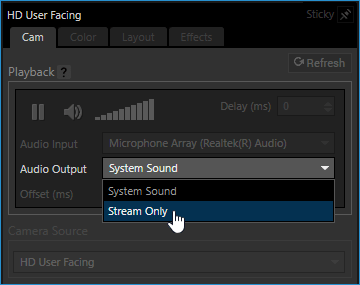 By setting a source's audio output to Stream Only, their sound will be routed directly to the recording or stream.

The Application track is a captured audio from either of your Screen Capture or Game Capture sources. Both mentioned sources go through the System Sound by default, which this track will only have the capture source's audio.

Did this answer your question?